Hello, today I have been ‘Crabbing’ with three children whom I have had the pleasure of knowing for about five years. We have got to know each other very well. Many a school holiday we have spent time getting up too all sorts in order to entertain ourselves while I mind them.

Often we go for walks on the beach, fully equipped with a picnic to sustain our activity for the day. They make sculptures from the materials around them, using stone, seaweed and shells. Last year it was hot enough to go swimming or sunbathe at the beach, but this year has occupied an ‘April-showers’ attitude so rain coats are a must! Towards the end of the summer often we pick apples and plums in the orchard where I live, and if not that then we love blackberry picking on the back roads.

The great thing about these guys is that they get stuck-in, and they have a great affiliation with nature and animals that are in abundance around here. Nothing is more exciting to them than collecting eggs or disinfecting a small wound on one of our sheep. Sometimes we go to library in town for a change and this can be a real treat especially if it is raining! 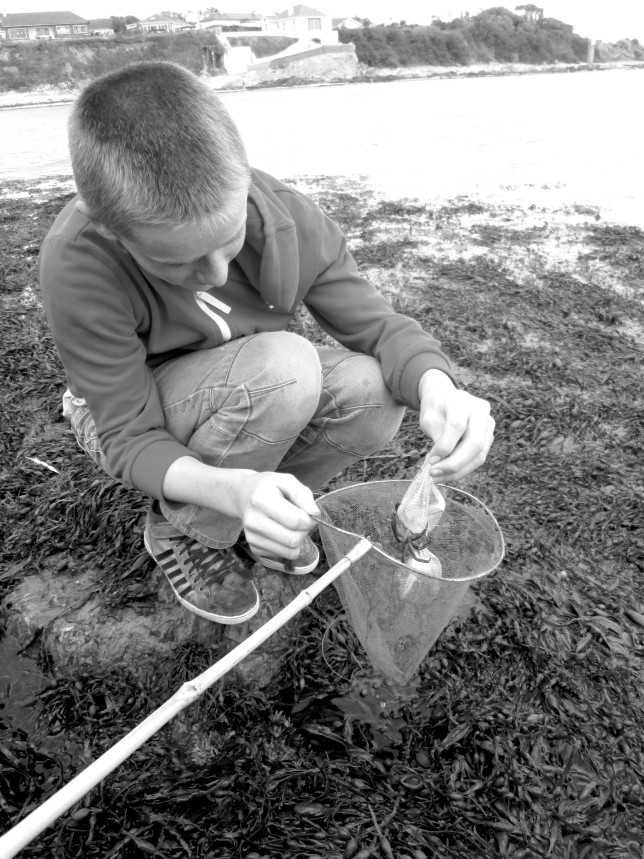 In many ways Darragh, Emer and Evan have re-educated me in how to entertain oneself when living in pure rural surroundings. Each of them has highlighted to me where to seek free, unassuming, fun-filled activities. For example they introduced mushroom picking to me; do not panic, field mushrooms grow in the near-by fields and are considered a local delicacy nothing magic about them I promise! These children know which fields to look in and they tell me how ‘flat field’ mushrooms tend to do well in areas that have had cows residing in them… this is due to the cowpat providing fantastic nutrients! 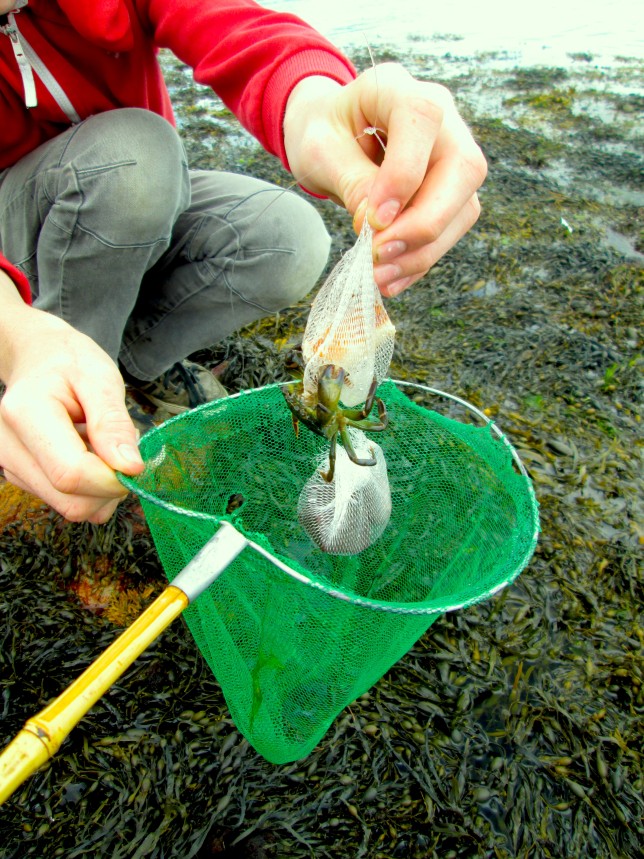 I was recently reintroduced to the fun that can be found in a field full of hay bales. It is great fun playing hide and seek, crawling about the bales and dodging our opponent. The setting and atmosphere would have been perfect for a scene in a James Bond film. After all our hiding and seeking we each adopted a bale for ourselves and lay upon it, letting the heat of the sun cast a drowsy spell over us as we found images in the clouds. In Norfolk as a child, I myself and other children would roll the bale forwards while someone else walked on top. It was/ is a very simple idea, yet in being a ‘simple’ activity it allows imagination the space it needs to endorse ‘Childs-play’. Watching and taking part in some of this ‘Childs-play’ I have come to the conclusion that it is in fact highly sophisticated and requires more creativity and perseverance than most adults I know could endure. Indeed I have seen other children struggle to engage with ‘Childs-play’ and that is why I encourage these guys by having a go myself, because I believe we all (Children and Adults) reap the rewards from playing!

As I was saying, earlier today the children made their own crabbing equipment, using materials from the recycling bin. I entered the kitchen to find them working away like elves at Christmas. However I was unsure if their crabbing contraptions would really work. I said lets give it ago and we bundled into my car and headed to Kilmore Quay where there is a good harbour to fish from. We each perched on a rock and began ‘Crabbing’. Before I knew it the children had caught their first crab… and they managed to catch eleven more. Half and hour later the rain soaked us to the bone!! Reluctantly we plopped the prized crabs back to their habitat and ran to the car. Fresh sea air always seems to have a hypnotic effect on us and so like floppy bunnies we headed home to get warm. 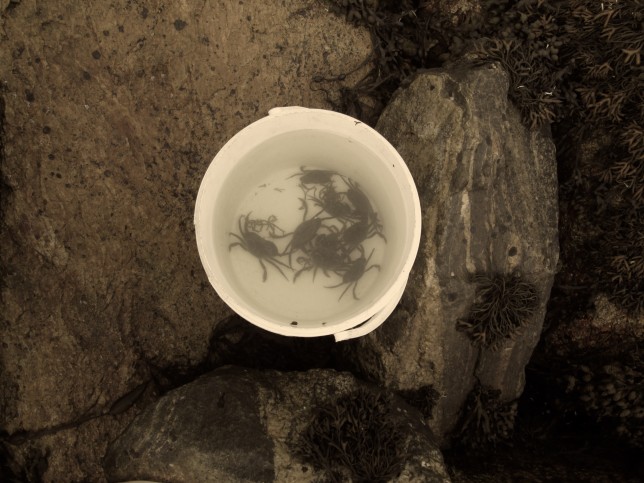 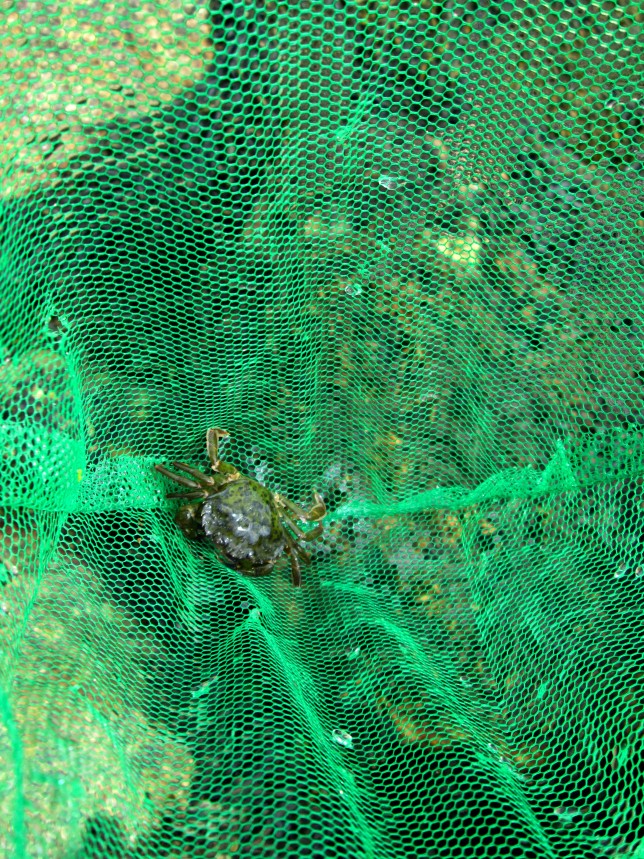 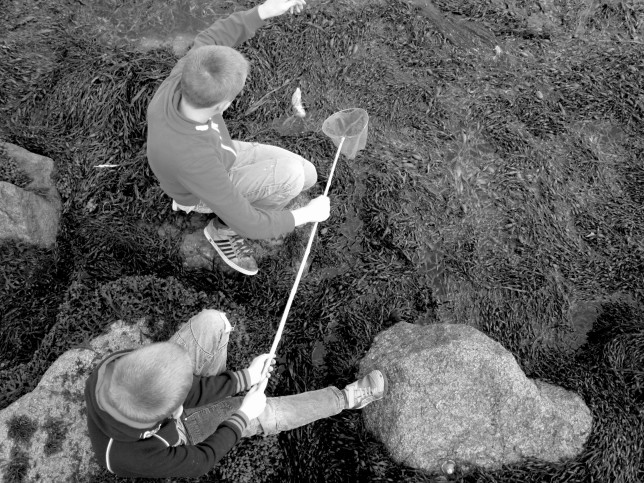 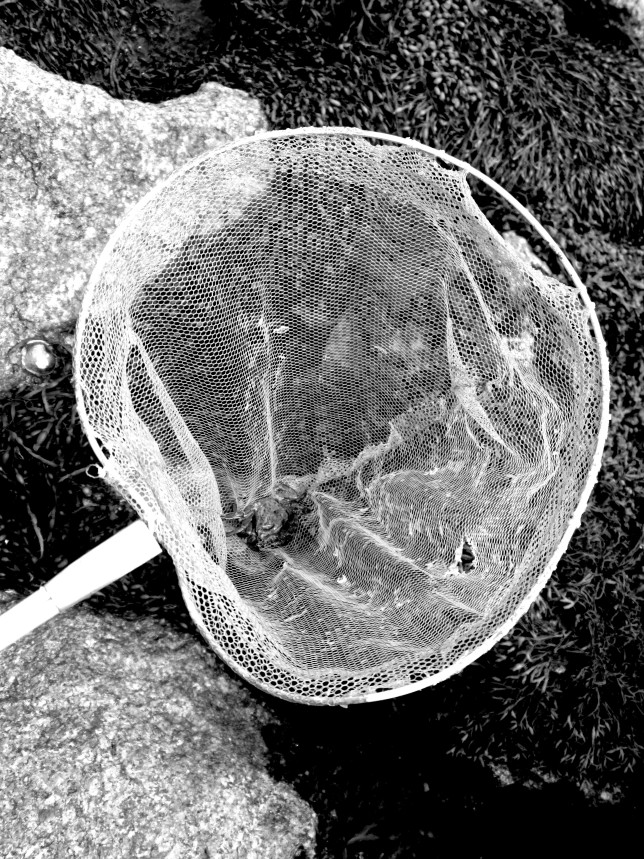 I hope you enjoyed the pictures of Darragh, Emer and Evan displaying their Crabbing skills. I would also like to thank the Doyle Family for inspiring me to write this post and allowing me to post the pictures!

Please feel free to share some of your own experiences or thoughts on ‘playing’ or growing up in the countryside.

Thank you for reading and keep lookout for my new post next week! Bye for now.