Getting to Grips with the Meat I Eat

Hello, it is shooting season and last week I was given two dead Pheasants from a kindly neighbor. My initial feeling was that there was a lot left to be desired in preparing the birds for a tasty meal. I have eaten Pheasant before and I know I enjoy the taste, but I had never been left alone with fully intact birds before. For where does one start? I did remember my Grandad (aka The Shepard) telling me that plucking Pheasant can be difficult and can get rather messy…

That ruled out plucking for me so skinning seemed the next best thing. However, I had no idea what equipment one needed or what fashion one should prepare them in. I checked a few cookbooks but there was no great detail about how one should go about jointing a couple of Pheasants. It seems to me Nigela gets the butcher to do it! Feeling a little disheartened, I was rapidly going off the idea. Perhaps I was too squeamish for the whole thing after all? 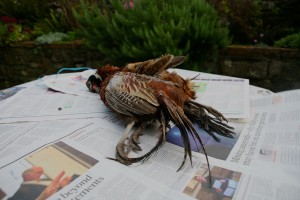 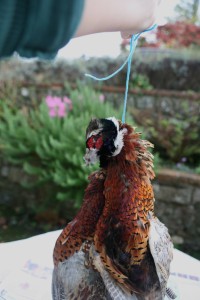 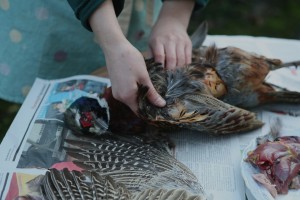 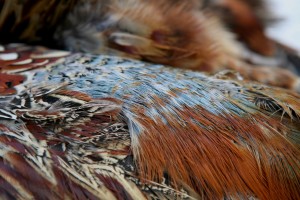 I knew deep down that if I left them for another day they would go off, and go to utter waste. Allowing that to happen did not seem like the proper thing to do. Gazing down at the beautiful feathers I decided to go ahead and ‘get stuck in’- as “waste not want not” echoed in my head.

I realised how fortunate I was to be given them at all. Receiving two Pheasants would have been like Christmas come early for many people around the world today. Indeed, people used to risk their own lives in order to poach Pheasant in the UK and Ireland not so long ago. And so with the aid of a Scotsman on YouTube I was able to tackle the task of skinning and jointing the two birds in my own time and with relative ease. 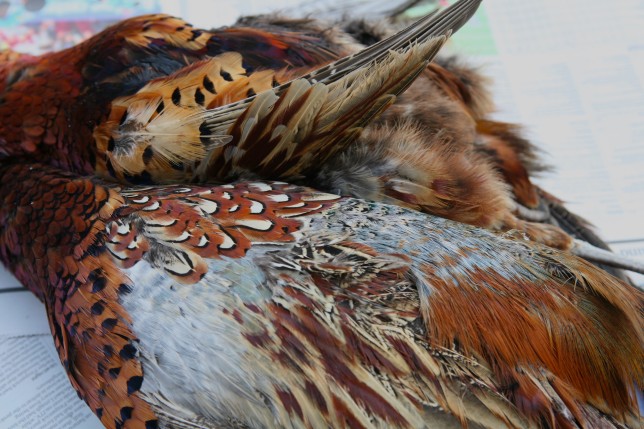 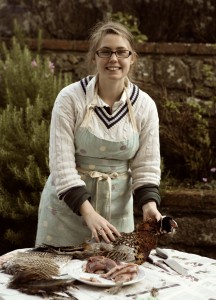 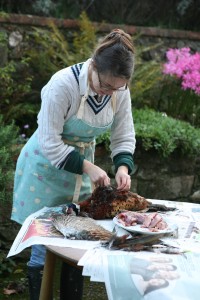 Whilst preparing the first pheasant I did become a little flustered. You see, the birds had been hanging in the larder for four days and the smell of them displeased my nose greatly. However, during the process I became aware of the affinity one can develop with your meat when preparing it in this way. So often I buy meat in the supermarket that I have little or no regard for.  In preparing the Pheasant myself, as a meat eater, everything became more ‘real’. I am used to the concept of eating your own livestock and believe it is good that we rear our own lamb at Butlerstown. We know our Lambs have had the best possible lives we can offer them. My experience in skinning and jointing the Pheasant was a way for me to get back to basics and see the missing link that I don’t see when buying my meat from the supermarket. 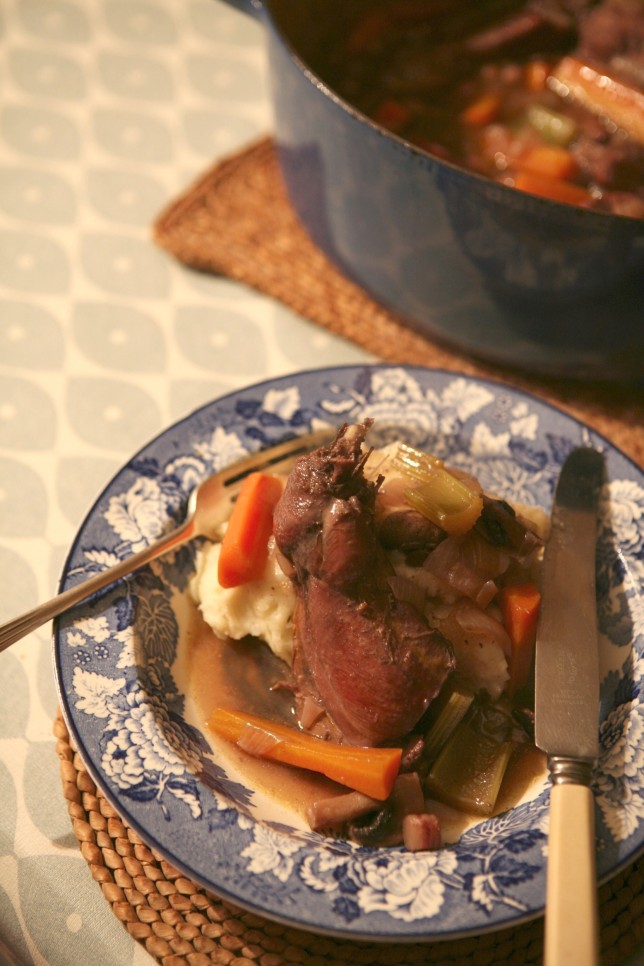 Have you learnt any skills from YouTube? Or do you have any feelings about or experiences in preparing your own meat? I would love for you to share your  thoughts in the comment box below. Bye for now.

Comments on "Getting to Grips with the Meat I Eat"